The ice cream freezer and the rose-flavored ice cream

AN ICE CREAM FREEZER once served the tastier and rarest flavors of ice cream one could image. "You can ask me for any flavor you can imagine ", he used to say and it was indeed a matter of fact that he offered everything from the simplest flavors, like chocolate or vanilla, to the rarest, like pickled mango or even lobster. 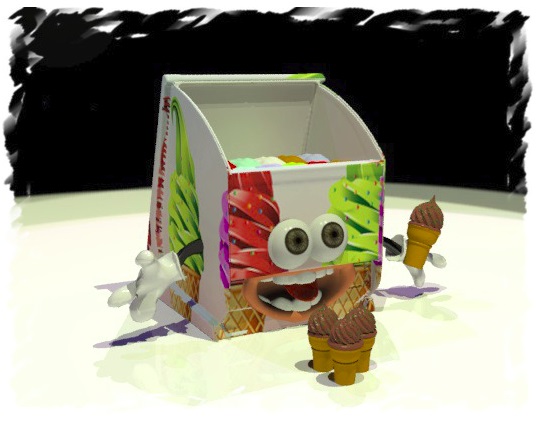 An old man who was eating a bar of almond chocolate happened to pass in front of the freezer one day. "There's nothing sweeter than a piece of chocolate", the old man told the freezer, to which the freezer replied by offering him ice cream of the same flavor. "Just taste it and you’ll change your mind”, the freezer told him. He, then, took the cup and sat on a bench in a nearby park where he enjoyed it till he had licked the spoon dry. Feeling its breeze, he cried as he remembered his youth.

Second appeared an old woman holding a couple of cherries in her hand. "There's nothing sweeter than cherries", the woman told the freezer, to which he replied: "Well, you haven't tasted my ice cream yet!". The freezer then offered her a cone filled with delicious cherry-flavored ice cream. The woman went to the park nearby to enjoy it, just as the elder man had done before. She agreed it was indeed delicious and reflected on her young years, tears flooding her eyes.

Finally, a young boy and a girl in their early teens passed from in front of the freezer, holding each other’s hands. "Allow me to offer you two cups of rose - flavored ice cream", the freezer told them. They, then, took the ice cream and went to the nearest park to enjoy it at their own pace, just as the old man and woman had done before. Once they were both done, and with the taste of the ice cream still in their tongues, the boy cut a rose from a bush nearby and offered it to the girl.

"The rose-flavored ice cream was nice, yet the sweetest thing in the world", said the girl, "is to be offered a real rose", as she let her nostrils fill with its beautiful scent.