A BEACH BAG once had the bad habit of always bringing all sorts of unnecessary items along every time she went to the beach, most of which she either forgot or were carried away by the wind. 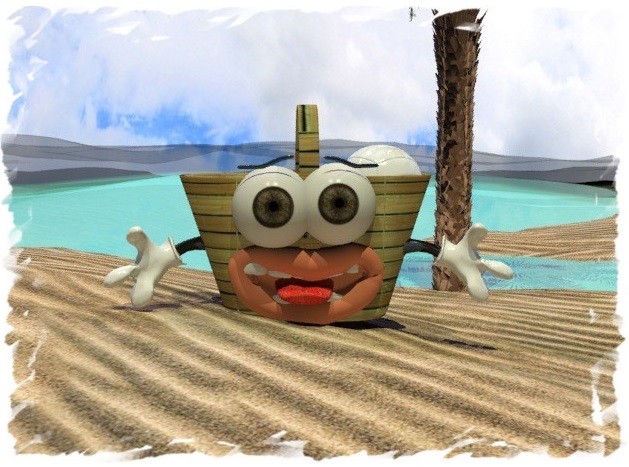 One day like all the other that she headed to the beach, however, the wild wind blew and took her beach blanket away.

She then ran after it. Yet the blowing wind took the blanket even further away, and our good beach bag started running faster and faster, carelessly tossing all the items she had brought along on the ground: from plastic tennis balls, to sun creams and towels.

At some point, she realized she had gone too far away from the beach. As soon as the beach towel was finally within her reach and she managed to collect it, she realized she was so confused as to where she was that couldn’t even remember the way back. In the end, she found a path that she thought would be the one to take her back, only to follow it and end up in a different beach than the one she had started from.

“What a clean beach!”, the beach bag exclaimed as soon as she saw the marvelous sight, realizing that the beach she had found herself in was untouched by mankind. “Ours would have been as clean, if only you didn’t throw all the unnecessary items you keep bringing along all the time to the ground”, the other beach items, that became anxious about her absence and went after to find her, told her as soon as they saw her.

When she asked them how they managed to find her, they explained to her that they used the trash she had left behind while running after the beach towel as marks. She, on the other hand, went red with shame to hear it, and made sure to pick everything up on the way back.

Since that time and after learning her lesson, she only brings necessary items along whenever she goes to the beach, and is always cautious not to leave any trash behind.