The sweetest of all potatoes

A SWEET POTATO that once lived in a garden thought very high of herself and her sweetness. "You are only as half sweet as me", she told the other potatoes, who thought she was arrogant and made jokes behind her back, as wherever she went, she lost little chance to boast. 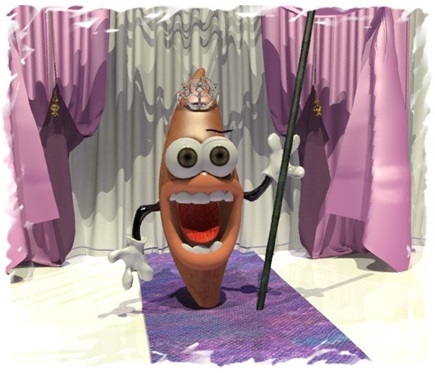 One day, the fruit and vegetables of the garden organized a beauty contest to decide who was the sweetest fruit and vegetable in the garden. Our good sweet potato lost little time: so excited did she get to hear the announcement that she instantly registered as a contestant to prove her worth. Certain that she would be the big winner, she went over to the other potatoes to brag.

"She's over the top", they gossiped to each other, and started thinking of ways to give her a good lesson. So, they gave her a gift: a bicycle made of sugarcane, which would definitely break as soon as she rode it and give them the chance to have a laugh at her.

Their plan worked to perfect, and our good sweet potato got every excited to have a sugarcane bicycle gifted to her. "Even my bicycle is sweet!", she exclaimed, rode it, and went to the contest on it so that everyone could see it and marvel at her.

A cherry, a fig and a grape were already to be found at the spot, patiently waiting to be judged by the committee, that is, the banana and the avocado. A large number of fruit and vegetables also attended and even placed bets on who would be the winner.

"I'm the sweetest fruit of all", said the cherry, and then explained to everyone that humans placed it on top of the most delicious cakes.

"It is me who is the sweetest fruit of all", boasted the fig, and explained to the committee that humans make the sweetest of jams from it.

"But we have winter, and you are all out of season!", the sweet potato boasted, and explained to them that she is one of the very few fruit that grow during the cold months of winter. As she spoke, however, the sugarcane bicycle which she rode broke to pieces, and she was thrown to the ground.

The other potatoes burst into loud laughter. As soon as she realized the trick they had played on her with their unusual gift, tears flowed from her eyes, as all this time she was under the impression that everybody liked her thanks to her sweetness and that she deserved the prize. Thinking themselves worthier than the others, the cherry, the fig and the grape soon fought with each other, and so did all the fruit and vegetables that attended the show, as they each supported a different contestant. The contest turned out to be a complete disaster, as no winner was to be found, only fruit fighting with each other.

Seeing that they wouldn’t stop and as they were impressed by the small grains of sugar that came out of the broken sugarcane, the committee asked to know more. The fruit that fought with each other stopped on spot, and the potatoes then explained to them that sugar does not come from some fruit or vegetable but rather from sugarcane, which is a plant.

And so, the committee gave the prize of the specific contest... to the sugarcane, so that no fruit and vegetable would think of himself higher than the rest. 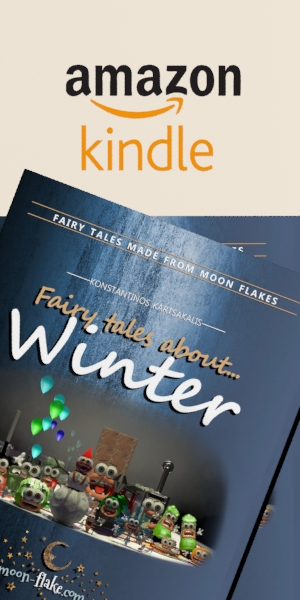