Cold jokes and the ice pop

AN ICE POP that once lived in a freezer used to always repeat cold jokes that others found intolerable. Yet, she seemed to enjoy them, not really realizing what others’ reason for not laughing was. 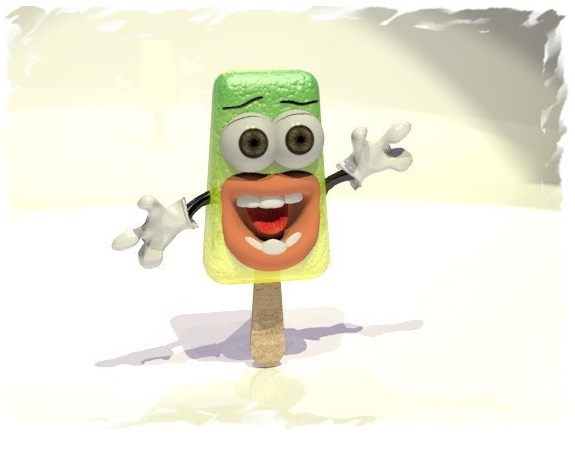 The very next time she found the freezer's lid half-open, she simply jumped out and left, thinking that it was not her fault for repeating cold jokes, but rather the freezer that was broken.

Then she wandered the town, throwing her cold jokes around. Not a single passerby was to be found laughing, however, and they all shivered with cold. What troubled her even more, however, was that outside the freezer the heat was unbearable, and it was indeed rather strange that they felt cold when hearing the joke. “Might be the heat then”, she thought.

She, then, decided to give a big show in the shadow of a sycamore tree. First, she invited all sorts of ice cream and beach equipment. Then, to make sure she would impress them, she rehearsed for countless hours before the show and made sure her jokes would be improved to perfection. What she never considered, however, was to change the content of the jokes or to learn new ones, as she thought it was their delivery that had been wrong all this time.

After enough spectators had arrived, she climbed the lowest tree branch of the sycamore so she could enjoy proper attention. Then, however, and as she had never performed in front of that many people before, she felt shame. So great was her fear that they would not laugh, even, that she forgot her words as soon as she started. “I’m sorry, I think I have run out of jokes...”, she justified herself. Luckily, however, an ice cream cone approached her and offered her a book full of anecdotes to help her go on.

She, then, read the anecdotes straight from the book, coloring her voice so as to give proper emphasis and make them sound funny. As soon as she finished the first anecdote, the crowd burst into laughter. “More, more…!”, they asked her and spent the whole night listening to the ice pop that read jokes she had never even heard before out loud.

That day and after fully renewing her joke list with fresh new jokes, she earned her first big round of applause as a comedian, which was to be followed by a big career in comedy.