The cherry and the cake

THERE WAS ONCE A CHERRY that had a big talent in baking. He knew how to mix the ingredients with such mastery and in the exact quantities so as to cook the most delicious cakes. So talented was he that one day he thought of taking part in a baking contest. 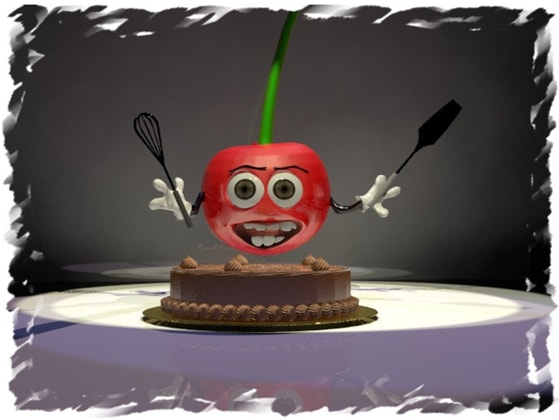 The cherry and the cake

He then opened the cookbook and chose the recipe he believed was really worth making so as to win the first prize. “This will be the most delicious recipe in the whole world!”, he thought with enthusiasm, then gathered all the necessary cooking equipment and started mixing the ingredients with passion.

When the day for the contest came, he arrived at the big hall room carrying the cake, where lots of fruit and vegetables with big talent in baking were to be found. Lots of delicious cakes and tarts, made with only the finest ingredients in the world, were placed on the counters.

The panel, consisting of a plump hippo, a cute she-pig and a gourmand hedgehog, tried each and every delicacy in front of them. As soon as they reached the cake the cherry had made, and after enjoying every single bite of it, they told him: “The cake you made is delicious, but it is no masterpiece. Something is missing”.

The cherry was really shocked to hear that, since before that time there had been no single fruit or vegetable in the garden to say a bad word about his creations. He then locked himself in the kitchen, where he started to cry believing that his hard work had gone down the drain. When the tears dried from his eyes, he took the cook-book and studied it once more to find an even better recipe. After flipping through all the pages in vain, he asked:

“What do I have to do to cook a real masterpiece?”

“Do as you did before, but this time, give a little piece of yourself in it”, the cookbook replied with a human voice.

As soon as the cherry heard the answer, he grabbed his cooking pots and started mixing the ingredients once more, this time doing his best to make a real masterpiece. The next day, and after burning the midnight oil to get his recipe on time, he entered the contest hall carrying a delicious chocolate pie which he left on the counter in front of the panel. Without hesitation, he jumped straight into the center of the cake, were he sat, waiting for the judges to make their judgment. 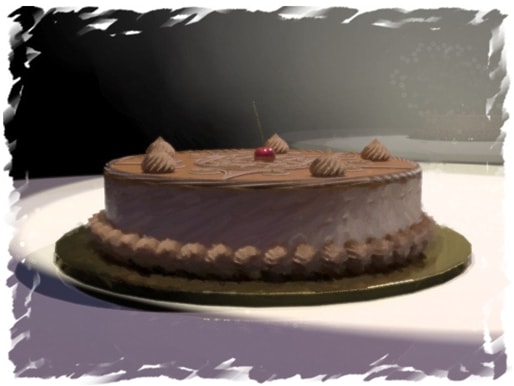 As soon as they finished the cake, the plump hippo, the cute she-pig and the gourmand hedgehog admitted in front of everyone that they hadn’t tasted a more delicious cake in years.

And so the saying goes… “to give a little piece of one-self”.