Why worms live below the earth

BACK IN THE ANCIENT TIMES, the King of the animals, the lion, organized a big feast in which he invited everyone to eat and drink together. As the party went on, however, and the wine kept pouring, the leaders of each race stood up to speak and make a toast. It so happened that the leader of the worms shocked everyone by boasting: worms are the strongest of all animals, and no one, not even the elephant, could compare. 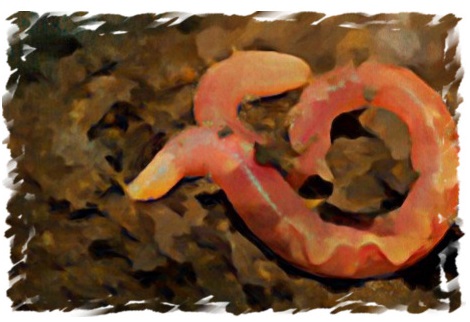 The ants were furious to hear his words, and complained to the lion soon thereafter. The best way to resolve the conflict, thought the lion, would be for the two sides to meet outside in the soil and sort it out without interference.

He designated that the fight would be given in the third day of the feast, and asked the other animals to join as spectators and judges.

The ants came out of their nest in thousands and millions, and, as it is always the case, marched to the field in perfect formation. They put scouts ahead, guards and soldiers to watch their flanks. In other words, they made a phalanx that the worms would have a hard time beating.

The worms, on the other hand, always disorganized and unprepared, appeared in the field without a plan. The battle raged only for a few minutes, since the ants, disciplined warriors, defeated the worms with tremendous ease and forced them to retreat.

The lion then decided that the ants had won an easy victory, and that the worms should come to terms with their inferiority. So great was their shame that from that point on they decided to live under the earth. They only come out when it rains or when the streets are empty, and should they ever meet someone, they run to hide as they are afraid of everyone.