THERE WAS ONCE IN A DISTANT KINGDOM A POOR OLD LADY with her son, who was very lazy and who had a crooked nose that made him look very ugly. His mother pushed him to work in the fields, yet he preferred to simply sit in the balcony and enjoy the sun. So, they both lived in perfect poverty, and their clothes were constantly torn and dirty. 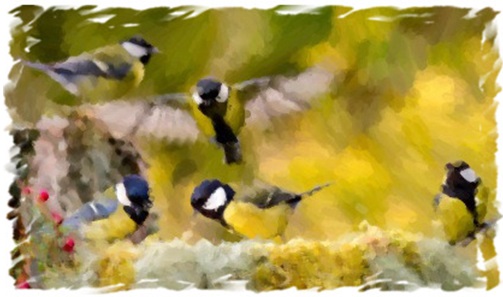 One summer morning, and as the young man was sleeping in the garden outside their house, he saw the King’s daughter passing in front of him, followed by many other princesses. The young man was so enchanted by her sight that he thought he wanted her to be his wife.

“I will marry her and no other”, he told his mother. She then told him he must be crazy, as the King would never give his daughter’s hand to someone lazy and poor like him. “I want you to go to the King and ask him to see me personally”, he told her.

She appeared in the Palace, and told the King with a trembling voice: “Excuse me for this crazy request, your Majesty, but I have a son who has fallen in love with your daughter and would very much like to ask her hand”.

The King, who was anyways bored of being all day in the Palace, thought he could have some fun with the lazy man’s wild dream. Instead of having the old woman closed in prison, he told her: “Tell your son to come and find me”.

She found it hard to believe, but as soon as the King reassured her, she rode back to her house, and told her son: “Please hurry and go to the Palace, as the King wants to hear your demand”. The son was so happy that his face lit. He even thought, that if the King wanted to see him despite the fact that he was poor, he would have surely seen him somewhere and gotten impressed by his beauty.

“I’ll run faster than the lightning”, he told her. Within a minute he had disappeared from her eyes.

When the King saw his torn, dirty clothes and his crooked nose, he lost his appetite for pranks and jokes. He then thought that he would have to find a way to send him away, but since he had summoned him in the Palace, it had to be for a good reason. He then told him: “If you want my daughter, I have a trial for you. You must collect all the bird species of the earth and bring them to my gardens to sing for me”.

The young man left disappointed, thinking it was impossible to gather all the types of birds on earth. How would he set so many traps, and how would he bring them to the Palace? On his way back home he met a wizard, however, who told him: “Don’t despair young lad. In two days’ time, you will find a tall cypress, on the branches of which all sorts of birds can be found. Just say the magic word ‘Matsoun’ then and none of them will be able to move. You will imprison them and take them to the King. As soon as you reach his garden, you will just need to repeat the word and the birds will be set free”.

So it happened. The young man walked for two days, until he found the cypress. He then uttered the magic word, and the birds became still like statues. He captured them and returned to his Palace, where he repeated the same magic word, setting them free. They flew and sat in the trees of the garden.

“I did as you ordered my King”, the young man said. “And now is the time for me to take the Princess as my wife”. The King answered hurriedly:

“You’ve brought me much pleasure indeed. But my daughter cannot possible have someone who wears torn clothes as her man, and as your nose is crooked, I cannot present you to her. I want you to find a dress that is expensive and worthy of such a bride, as well as something to cover your nose, and then come find me again once you are ready. You’re so clever that I am sure you will make it.”

So, he sent him away. He left disappointed, as he was very poor. He went home and started searching for a job from which he could make enough money to buy the expensive clothes the King had request. Yet early in the next morning, news that the King had given his daughter’s hands to the son of a Duke reached him. He then got up and went straight to the Church to attend the ceremony. As soon as he saw the bride, the groom and the thousand attendees waiting for the King, he whispered “Matsoun” and they all became still like statues.

As soon as the King arrived, he got terrified with the sight and instantly summoned a wizard to tell him what had happened. The wizard then explained: “It’s your fault your majesty, as you had already promised your daughter’s hand to another man. There’s only one solution, to give the man what you promised him. As he is the only one who can reverse this terrible spell”.

The King then sent messengers to find the man with the torn clothes and the crooked nose. Having overheard their conversation, he went to his mother and told her:

“If they ask for me, tell them I have left for a distant journey and that to find me you need money as you are very poor”. He then went and hid in the cellar. The next minute someone knocked on the door, and the woman went to open.

“Is your son with the crooked nose here, perhaps? The King wants to marry him with his daughter”, the soldier told her. She then answered. “Unfortunately, he left for a distant country, and to find him, I need to spend a fortune”.

They then turned back to the Palace and explained the situation to the King, who ordered then to send her a cart filled with golden coins.

The young man took as many of them as he could, then bought the most expensive clothes he could buy. He even bought a cart, horses, as well as servants to carry him to the Palace. Yet he didn’t get something to cover his crooked nose, as the King had asked him, neither did he contemplate on it, not even for a minute.

He then appeared in front of the King, this time not as a poor peasant with rags. He said: “My King! I’ve rightfully earned your daughter’s hand, yet you didn’t keep your word and wanted to marry her to someone else instead. So, I went back home, and as they didn’t want me there as well, I left for distant countries. In my travels, I made a fortune and became rich. But as you repented for your injustice, I’ve come to take the Princess as my wife. But this time, I want you to sign a contract that you will keep your word”.

The King then agreed, and as soon as he signed, the young man went to the Church and said: “Matsoun”! Everybody was set free from their stillness, and the room was filled with life once more. The young man married the King’s daughter and they married in a majestic ceremony.

As for the other groom, well, no one knows what happened to him next.