ONCE UPON A TIME, in a village filled with greedy, cunning and wicked villagers, lived a goldsmith. He only had one friend who he went along with, a shepherd, who guarded the flock of a stock-farmer in the village. Every night the goldsmith went over to the shepherd's house and asked him to join him for a walk. 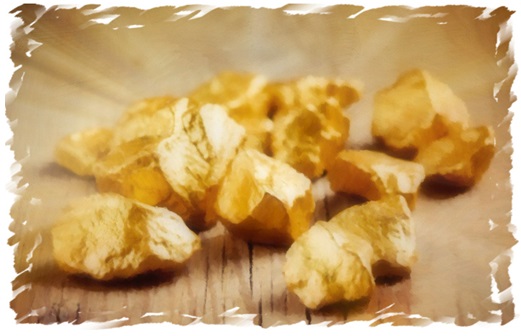 The shepherd rather disliked walking in the night, as he preferred to stay home and sleep. So, the goldsmith became even more pressing on him, and often times he went unwillingly. One day, however, he thought of completely cutting ties with him, and contemplated on ways to lay the blame on the goldsmith instead. So, he asked another shepherd for advice, who told him that the best way would be to enter the goldsmith's workshop and steal, so that he would consider him an enemy from that point on. Dumb as the shepherd was, and as the village was without laws, he one night entered the goldsmith's workshop and stole all the golden coins. Then he put them in big bags and hid them in his sheep pen.

When the goldsmith discovered the theft, he said nothing but rather went over and bought a sheep, which he tied in a pole in the village's square. He then hid and waited, until a foreigner that happened to pass by found interest in it and tried to steal it. Then the goldsmith went out of his hiding place and the stranger, who had no good excuse for his actions, went red with shame to have been caught red-handed.

After a big fight, the stranger agreed to give him a thousand golden coins, in exchange for the sheep and his silence. The goldsmith happily went back to his workshop, having gotten his money back and much more.

A couple of days later, however, a rumor spread that he had been found with many coins in his possession. The greedy villagers pestered him with questions, to which he replied: "I tied a sheep on a pole in the village square, and the first stranger that found it offered me a thousand golden coins for it".

Then all the villagers took their sheep and tied them to the same pole in the square. But as this time the square was filled with sheep, they quarreled over who would be the first one to tie his own to the pole. A big fight occurred, and when at some point one of them thought of bringing a second pole, one after another the villagers followed him and brought their own poles. The square ended up looking like a sheep den.

But this time by-passers would burst into laughter instead of offer to buy the sheep. The villagers didn't get to sell anything. So mad were they to have been fooled by the goldsmith that they lay the blame on him. They went over to his workshop, tied him with ropes and threw him in the river nearby.

"Now he gets what he deserves for fooling us like that", they said. "For he does not know how to swim, and so we shall not see him again".

And it is true that the goldsmith could not swim, but as they threw him in the river, he saved himself by holding on to a tree trunk that was floating nearby. Then he swam to the nearest shore and went straight back home. Underway, however, he found a fat cow, which he took along with him. When the villagers saw him again, they asked him:

"How did you get back, and where did you find the cow?"

"You couldn't possibly imagine what happened to me! After you threw me in the river, I swam to bottom of it, where a cavern was to be found, leading to a hidden passage filled with trees, green fields and fat cows, as well as sheep worth a thousand coins each. But to reach this cavern, one needs to tie stones to his feet so that gravity pulls him to the deepest depths of the river".

The greedy villagers then did the same; they tied stones on their feet and jumped in the river so as to reach the sea bed. Not a single one of them made it back home.

And so, the cunning goldsmith went back to safety, this time with an empty village, alone to enjoy the precious golden coins he had earned by selling the sheep. But was he really happy? Truth be told, he wasn't. Lies made nobody happy, ever. But now that he had ridden himself of the greedy villagers, he could at least enjoy his peace.