ONCE UPON A TIME there lived a farmer who owned large acres of land with all sorts of different crops.  Despite his good fortune he was very lazy, however, and left all the hard work to his servant. One day, however, the servant, who was very clever, told him: "Master, it is time to sow seeds to the fields. Yet this time I want to know my reward beforehand". 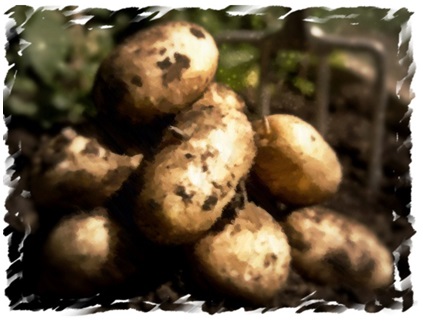 "Very well", the master told him, "Whatever grows above the earth shall be mine, and as a reward for your sweat you will get what grows below the ground".

So, the servant went to the fields, and planted potatoes, which, as is known, grow below the surface of the earth. When their time came, the servant gathered them all in big baskets and sold them in the marketplace for a big reward. The master was furious to hear it.

"You've made a fool of me, so the next time, you will get what is above the ground and the rest will be mine", he told him.

"Agreed", the servant told him and this time he planted crops. His master only got their roots, while he made a second fortune by selling the crops in the marketplace.

With the money, he bought his own fields, never to work for his lazy master again, who from that point on decided to all the hard work himself.