The mouse and the soup

A MOUSE once knew nothing about cooking. Instead, he hanged out with a bat, not out of friendship, but rather out of interest and only when it was time for lunch or dinner. The days that the bat cooked, the food was always delicious and the mouse could not resist. The other days, however, when his turn came to prepare the lunch, he always came up with poor excuses. Those very few times that he attempted to cook, so poor were his cooking skills that the food ended up tasteless. 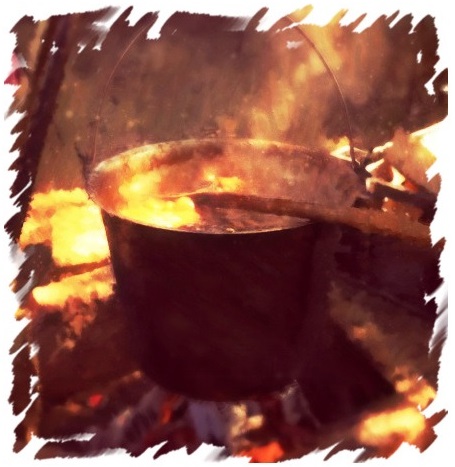 So he asked the bat one day: "How come your soup always tastes so nice?"

The bat answered: "I always swim in the cooking pot while the food is boiling, and since my meat is so tasty, the soup ends up even tastier".

"I'm sure my meat is even tastier", thought the mouse, who was completely clueless when it came to cooking, but wanted to impress his mouse wife. So, he went home, took an empty cooking pot, filled it with water, threw carrots and celery inside it, and starting stirring the mix with a spoon, believing that he would cook the tastiest soup ever. When his wife saw him, he explained to her that he intended to cook the tastiest soup ever, and asked her to light the fire below the cooking pot.

She did exactly as he told her and then went to her other chores. The mouse then dived in the cauldron and boiled along with the rest of the soup. As soon as his wife was back and realized what had happened, she went straight to the King and complained about the bats' advice.

The King ordered the bat arrested, who, from that point on, and every time she senses trouble coming her way, only comes out at night and avoids daylight at all costs so as not to get caught.