The radio that only played 80’s

A RADIO that once lived in a household loved 80’s music. The other electric appliances made fun of him, however, as he kept playing songs they didn’t know. They even avoided his company, considering him “old fashioned”. So stubborn was he even, that every time they forced him to change the tunes, he turned the frequency back in an instant. 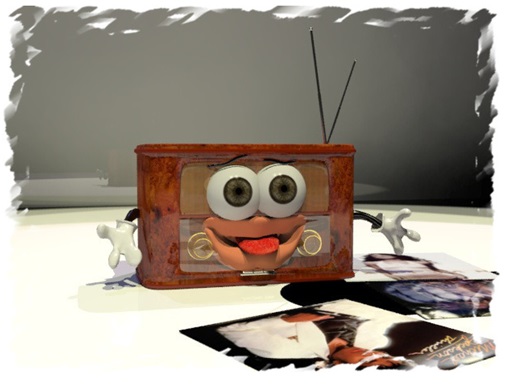 “If only you played more modern songs, we would enjoy them”, the strobe, who loved all sorts of music, old or new, told him one day. The radio, however, simply ignored the suggestion and preferred his solitude.

One day, the electric appliances with the strobe first decided to throw a party. They all went to buy chips, refreshments, plastic plates and glasses, as well as balloons, paper caps and party garlands. The only thing they didn’t think of was the music, as they had left it to the strobe and the sound system. “Let’s invite the radio”, the strobe suggested as they wrote the invitations, and the other electric appliances hesitantly agreed. “So long he doesn’t start playing his own music”, the hairdryer replied.

The day of the party, all the electric appliances, washing machines, toasters and refrigerators, put on their best clothes and showed up in the living room where all sorts of delicacies and refreshments awaited them. The sound system then started playing fresh songs that were topping the music charts, and the strobe in turn filled the room with bright lights of all different colors that reflected the mood of the song that was heard. Last came the radio, who only tolerated these alien music choices for a minute, then wore earplugs and sat in a corner to enjoy his drink.

At one point, however, the unexpected happened: the sound system broke, and the speakers went silent. “I’m really sorry…”, the sound system apologized and went to sit in a corner, unable to play any song. “What do we do now?”, the appliances wondered. “We’re only left with the radio, but he only plays 80’s music…”, the strobe told them, adding: “We can either give him a chance, or cancel the party altogether”.

So, they all agreed to give him the chance he always wanted. As soon as our good radio realized he would be playing the songs of his choice, he got really excited. “I’d greatly appreciate it if we placed a disco ball on the ceiling”, he said and the other appliances ran to get one. For the time they were away, the radio made a list of his best songs in order to impress them.

As soon as they were back, he started with Michael Jackson, who was his all-time favorite, then followed it will all time classics of the decade from Madonna and Prince. He, then, made sure that every song he played was a well-known one that was still played to this day in discos, so the appliances would happily dance along with the tune without wondering what they were hearing. So successful was the party, that they even felt a tinge of nostalgia as the sounds reminded them of a past era forever gone.

“That’s why we call it timeless music”, the radio told them when the party finished, adding: “because it’s still relevant no matter how many decades pass”. The other appliances then burst into applause, thanking him for his effort and even apologizing for calling him “old fashioned” all this time.

Since that day they decided to throw 80’s themed parties frequently so they can remember the good old times.