A glue that lived in a classroom once took great pride in her ability to glue back anything that has broken or been torn apart, and make it look like before. 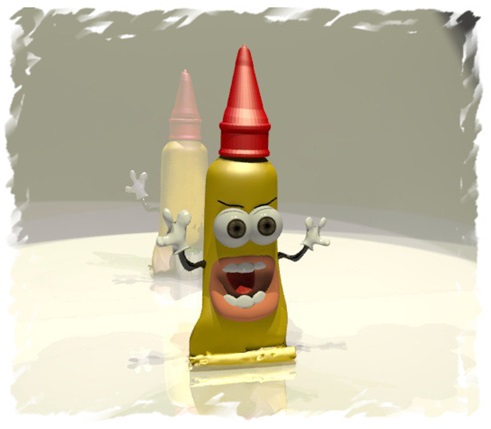 "I'm the strongest glue in the world!", she used to say to the other school supplies, full of pride and arrogance. Not believing her, they thought of testing her to see her worth.

First they gave her a few pieces of paperboard, which they asked to glue together and build a house. "A piece of cake!", she exclaimed, and then glued the different pieces so well together that the paper building stood still, no matter how strong the wind that blew.

Then they brought her pieces of wood and asked her to build a table. Again, without much trouble she build a table so strong that nothing could break it, no matter the force with which the school supplies jumped and danced on it.

And then they brought her a few pieces of iron. Out of them she built a gate so strong that would not break no matter how hard the school supplies knocked on it.

Last but not least, they brought her the pieces of a glass vase, which was broken to pieces when two brothers quarreled. She took them and tried to glue them together. No matter how much effort she put in it, however, she couldn't make it look like before. Everything was in vain, as the crack was forever there, to always remind the fight.

After a few hours she gave up, left to wonder how come glass is unlike all the other materials.