A myth about the Aegean Islands

JUST LIKE EVERY OTHER PLACE, HEAVEN is ruled by laws and regulations. Law is the highest authority for every good place, whether on earth or above. 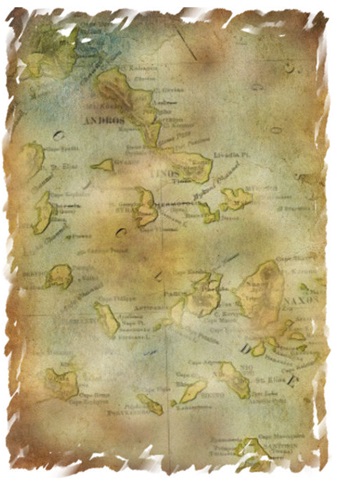 Many years in the past, the little angel that took care of the heavenly garden happened to break one of the regulations, and had to be punished, as punishment follows the break of all rules. To the angel’s great sorrow, the punishment was so strict that he was cast into exile from his post, that is, watering the heavenly flowers.

Before leaving, the angel wanted to see each and every of these special flowers that grew in the garden and which he had the great fortune of taking personal care of. So, he went for a final walk in the heavenly gardens.

"They are so beautiful! It breaks my heart to leave them...", he thought looking at the flowers.

The flowers then lifted their faces to see the angel's eyes for the last time. So intoxicating was their smell, that the little angel found it impossible to resist. He picked them with his bare hands and put the most beautiful of them in his bosom.

He kept on gathering flowers, until at some point he had gathered so many that he lost count. Then he heard a loud voice: "Who is plucking my flowers without my permission?"

The angel was so scared, that he dropped all the flowers, big and small, of each and every color and shape. As paradise has no ground, those beautiful flowers fell from Heaven to Earth, where they landed in the blue waters of the Aegean Sea, and floated.

As soon as the angel went after them again, he realized they had turned into the countless, beautiful islands of the Aegean.