A different myth about the origin of the Hungarians

THE STORY OF ATTILA, the King of the Huns who conquered Europe with his hordes of bloodthirsty warriors, reaching even the gates of Rome, is well known. What is not that known, however, is the story of Attila’s older brother, Bleda, with whom they were co-rulers of the Huns for a period. 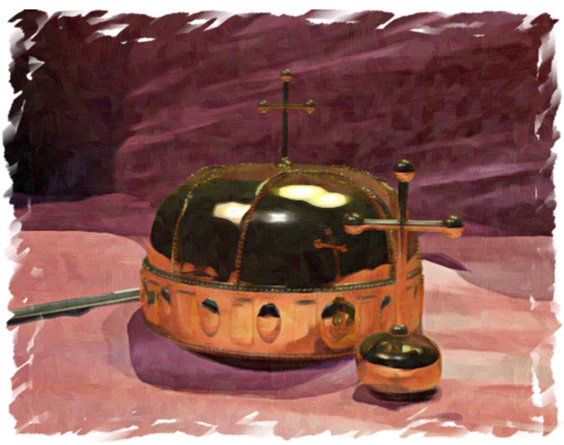 According to the legend, Attila and Bleda went one day for a hunt. As soon as they were alone, Attila, who wanted to lead the Huns all by himself, ambushed his brother and killed him. Many however argue that Bleda not only evaded death, but that he was also capable to escape despite his injuries, gather his few followers among the Huns and head in the opposite direction than that of his brother, who wanted to lay Rome to ruin.

He and his followers were lost in the steppe, calling themselves 'Magyars' instead of Huns so as not to cause unnecessary fear to the tribes they met on their way. They tread through snow and cold, until they finally settled in the depths of what is now considered Russia, where they lived in peace. Attila and his warriors on the other side continued their march on the Roman Empire, turning whole cities into rubble.

Bleda's Magyars and their descendants stopped using the sword and the bow, and instead chose to make their living through agriculture and livestock farming. They set up huge tents, which they called 'Yurts', to protect them from the cold. They did not find a kingdom but rather nomadic 'villages', in which they lived happily and died not of the sword, but rather of an old age. No tribe would dare declare war on them, despite the fact that they called themselves 'Magyars' instead of 'Huns', as they were rumored to be the cousins of the warriors that once turned Europe to ash. It took ages for the rumor to fade away, to the point that they even forgot how it was to use weapons to survive.

When the time came for them to fight their aggressive neighbors, the Magyars remembered the fighting skill of their ancestors. They rode horses, packed all their belongings on carriages and travelled far away, to the borders of the land that is today Hungary, where they finally settled and found their medieval Kingdom. The other Europeans called them 'Hungarians', so as to remember their true ancestry on one hand, and keep them as a strong ally on the other.

And so, it is that today's Hungarians, contrary to other peoples of Europe, can boast of having an ancestry that goes way back into the times of Attila and the ferocious Huns.