The star that wanted to become the Sun

THERE WAS ONCE A FISHERMAN in distant Lapland who had gotten tired of fishing with only the light of his lamp. Every day he woke up, packed his things, then took his bought and went to catch fish with no light, as it is natural for the Sun to take months before rising again in the northern parts of the Earth.

“I wish I’d have a Sun above my head to shine on me”, he told himself. No sooner had he finished the words than he saw a star falling from the sky, which landed right next to his boat. He reached out to catch it from the frozen waters. 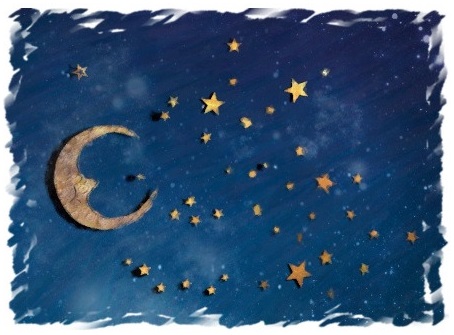 “My brothers cast me out of the skies, as they could not withstand my sparkle”, the star told them, adding: “yet I believe that what I truly deserve is to shine high in the sky, like the Sun”.

“So if you manage to hang me in front of the moon, I will shine so bright that it would be like day. You will have plently of light to fish and I will take the position I deserve in the sky”, the star said.

The fisherman initially found it hard to believe. He then thought that he had no other choice, as it would take months for the Sun to rise again.

So he took a ladder, set it firm on his boat, and reached high as the sky, where he placed the star in front of the moon. The star then started shining with all its power and the sky filled with light as if it was day. He then returned to his boat and waited patiently for the next fish. Yet the fish in the water became very confused as the light that came out from the star was half its own and half from the moon, and they couldn’t say whether it was day or night.

Instead of chewing his bait, they started pushing his boat to drive him away. Soon the sea was filled with upset fish, squid and octopuses that were so confused they were hitting each other.

The water had gotten so murky from the disorder that in the end the fisherman simply realized he would be catching no fish. So he put the ladder again in the same place, climbed it and reached high till the moon. He then removed the star and threw it as far as he could. At once it was night again and the fish calmed themselves down, as there was only moonlight to guide them. 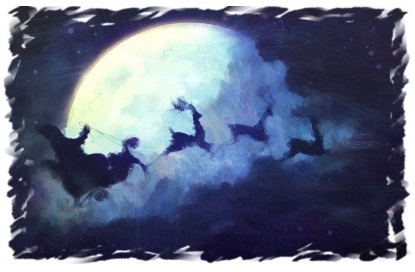 And so our good fisherman took his lesson, and only went fishing with the light of his lamp. As for the star? At the same time the fisherman threw it away Santa Claus with his slate happened to pass by, who caught it and placed it on the top of a Christmas tree in an orphanage. From that time the star shines brighter than ever, this time shedding its light on the orphan children that gather around it to sing Christmas carols.