On the difference between Myth and Fairy Tale

THERE IS OFTEN MUCH CONFUSION REGARDING the differences between a myth and a fairy tale, since both literary genres have many similarities and make use of motifs from the sphere of the imaginary. 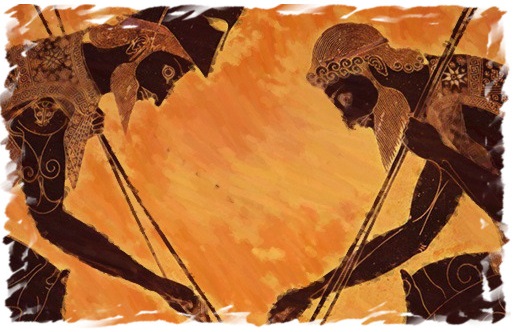 Myths are basically stories that attempt to provide a valid explanation as to how the world works and how man should behave. Most known myths come from ancient cultures that existed even long before recorded history came to being. Oral tradition finds heroes and demigods battling with religious or metaphysical motifs so as to provide answer to the basic questions concerning the human race, like "how was the world made?", or "what is that wakes a volcano up?"

Myths were like a science for the ancient man, as they provided for a commonly accepted explanation of how physical phenomena functioned. The dominant element here is anthropomorphism, as mountains and rivers also came to be worshipped as Gods within the context of ancient religion. Water could then be the personification of Poseidon, or the small islets in the banks of river Achelon could be nymphs that enraged the God and were punished by being transformed into their final shape. Another element that differentiates myth from fairy tale is the end, as myths usually have no happy ending to accompany their lesson.

A fairy tale on the other hand is clearly a fantastic story defined by a strong moral lesson. It appears in all cultures, and like myth, the main tool for popularization was oral tradition. The aim, however, is not to explore nature or provide explanation for the great mysteries of being, but rather to entertain and educate. Their protagonists can be animals that talk, elves, fairies or even plain humans, but under no circumstances can they be Gods or demigods, i.e. heroes that the child cannot identify with and gain a moral lesson from. And unlike the myth, there is no claim in providing a universal truth either.