BROTHERS GRIMM ARE OFTEN ATTRIBUTED with patenting the fairy tale as a literary genre, however, nearly 200 years earlier, another great admirer of popular traditions became a major contributor in European academia. His name was Charles Perrault, who fathered collections of some of the most popular fairy tales we know today, like the Little Red Riding Hood and the Puss in Boots. 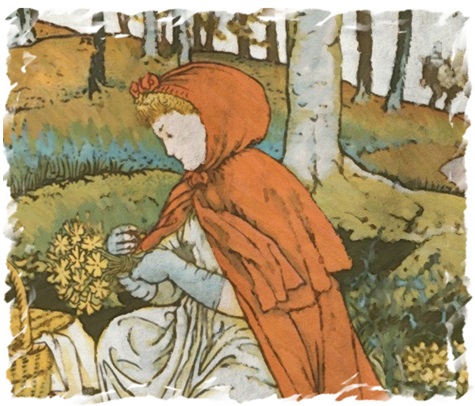 His first steps as a lawyer in service of his country, France, and the royal palace seemed to have little impact in his future steps as a renowned litterateur who, from 1660 A.D, went as far as publishing his own collection of poems, and joining the Académie Française in 1671. It was in 1697 that he published a collection of stories for children, titled 'Tales of Mother Goose', which contained fairy tales we all love like: Little Red Riding Hood, The Sleeping Beauty, The Master Cat, or Puss in Boots, Diamonds and Toads and Cinderella.

He penned eleven fairy tales in total, adding his own touch to each and every one of them in order to make them more entertaining to children and to focus more on the moral teaching. When his work was later translated in English, the book that came out became very popular and his fairy tales passed down from generation to generation and were loved.

Nowadays many of his fairy tales keep the spine of their story intact, and have lost most of their complementary characteristics like the detailed, pompous descriptions that were common during the time they were first penned. Variations, adaptations and renditions can be found in countless books and collections around the world, whereas many of them have become even more widely consumed by Disney's film work.