QUITE A STIR was caused back in 2012 when the US-based 3d animation pioneers of Pixar made headlines with the production of a new movie for children, penned by screenwriter and producer Brenda Chapman. The movie's name was 'Brave' and it is the first movie containing a brand-new story (not an adaptation) in 3d animation that can be classified as a fairy tale. 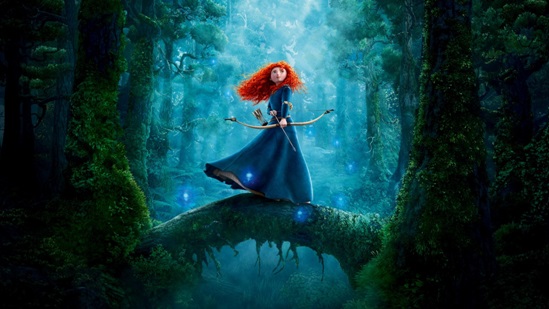 Taking place in 10th century Scotland, the story is led by a young princess with striking red curly hair. The main theme is the exploration of mother - daughter relationship, an inspiration which was, according to the screenwriter, taken directly out of her own relationship with her daughter. It is likely, however, that the true inspiration was folk hero "Brave Margaret" of 19th century Ireland.

The story wants Princess Merida rejecting the various fiancées that her parents keep introducing her to, by turning to a witch who gives her an enchanted sweet to present to her mother so as to make her more tolerant. Her mother, Elinor, eats the sweet and instead transforms into a bear. Merida then races against time to reverse the curse before it becomes permanent. It is worth noting here that stories about people being transformed into animals can be found in various fairy tales, whether written by Brothers Grimm or Hans Christian Andersen. This is not what classifies the story as a fairy tale, however.

How come there were no fairy tale 3d animation movies before? What is it that makes the distinction between a fairy tale and an amusing story for children? It all boils down to whether the story can be characterized as a "cautionary tale" that draws elements from the imaginary. Cautionary tales, like those written down by Charles Perrault or Brothers Grimm, act as clear warning to children to avoid excess or suffer the consequences of their actions. Fairy tale literature is rich in examples, as all stories addressed at children contain a moral lesson, so as to advise or to present concrete examples of misbehavior.

The movie came to be loved by children, especially in the United States, even coming to be considered as 'an intrusion to the waters of Disney' and as something foreign to the tradition that Pixar had got us used to with movies like Toy Story, Finding Nemo or Wall-E, which were definitely considered children's movies but not fairy tales.