Sausages and the ungrateful son

ONCE UPON A TIME A MAN enjoyed freshly - cooked sausages with his wife in the warmth of their fire-place. As soon as he saw his father approaching, however, he took the plate and hid it, as he didn’t want to share them with him. The old man drank some wine to keep them company, then left, never to notice anything. 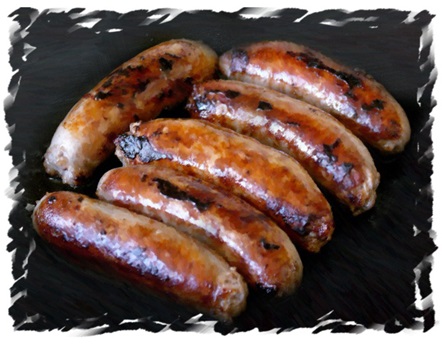 As soon as the man reached out for the plate again, however, the sausages came alive and starting jumping right in front of him. One of them climbed all the way up to his head, then started hitting him. A second one punched him in the belly, a third one slapped him on the cheeks and a last one, as soon as he stood up from the chair, gave him a pat on the ass. So afraid was he that he ran out on the streets, only to be hit harder by the sausages as the neighbors burst into laughter with what they saw.

And they would have kept slapping and kicking him, if at some point he hadn't met his father again to apologize to him.