The peasant and the devil

THERE WAS ONCE A CLEVER VILLAGER, whose cunningness was renowned. The greatest story told by others about him, however, is how he eventually came to trick even the devil himself.

So, it is said that one day that he worked in the fields, and while the sun was setting and he was packing his things to go home, he saw a pile of golden coins right in the middle of his field. When he went close, a small devil appeared in front of him and presented himself. 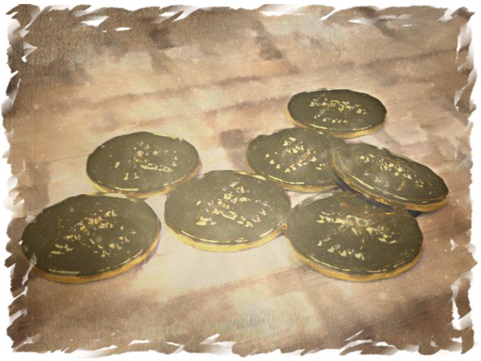 He told the farmer: "I could simply give them to you as a gift, but I have a far better suggestion: I will only give you one. You will bury it on the ground, and a money-tree will sprout out of it, with golden coins as fruit. What I want, in a year from now, is half the harvest and a coin extra".

The peasant agreed and planted the coin. After many months a magnificent tree could be found in the same place where he had buried the coin, with golden coins growing on its branches. As the tree was magical, however, it consumed all the nutrients of the soil around it. As a result, all the other trees in the field withered and died. As soon as the peasant realized what trouble he got himself into, he gathered all the golden coins from the mysterious trees and planted them in flowerpots on his balcony where he watered them, and left only one golden coin on the tree's branch at a time.

When the devil asked him for his share, the peasant told him: "I planted the coin, as you told me, but the tree that grew out of it poisoned the soil and my other trees wilted with it as well. You shall have what we agreed: half the harvest and a coin, and this is where our deal ends".

The devil then looked at the tree and saw only a single coin. Disappointed that his trick had not worked as expected, he took the golden coin and departed, as the harvest without the coin amounted to zero. The peasant then took an axe and cut the tree that had poisoned his field, never to mention that he had a thousand coins waiting for him in the flowerpots at his house.