The bell pepper that loved football

THERE WAS ONCE AN ORANGE BELL PEPPER in Greece who really loved to watch football, but could find no team to support. "I am a true sports fan", she used to say, "and this is why I cannot tell any team apart". 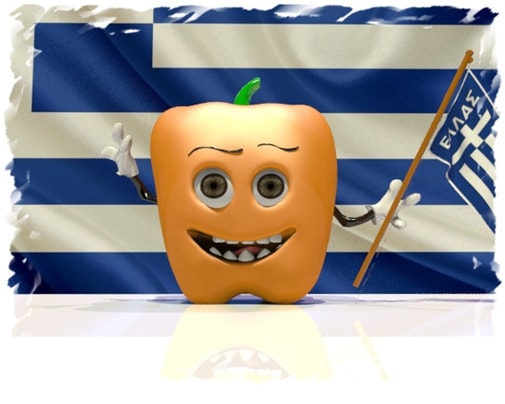 The bell pepper chooses to support the national team

But one day that she found herself in the garden with the other bell peppers, the red, green, yellow and dark purple ones, they told her: "You are no true sports fan, because you support no single team".

As she was really sad to hear their judgment, she finally decided to find a team to her liking to support. So she first chose Olympiacos: she bought a ticket for the next football match available, then when the day came sat in her chair and waited for the match to start. What an odd sight she was, an orange bell pepper sitting next to so many red bell peppers who looked at her with suspicion and wonder. Every time a goal was scored, they would cheer around her, and she would sit quietly and contemplate on whether this was the right team for her.

In the end, she decided Olympiacos was not the team for her: "you do have some very good players, but I want the whole team to be made of stars", she told them.

The next day she went to see Panathinaikos, as this was also known as a team with very good players. The green bell peppers also looked at her with suspicion however, and wondered what this 'orange' was doing among them. And so, as soon as the match was over, the bell pepper decided Panathinaikos was also not the team for her.

And the next day, and the day after that day, she went to see other teams. And then smaller teams from other leagues, as well as foreign teams, were talented Greek football players were also to be found, as well as big stars that would never bother with the national football leagues. The red, green, yellow and dark purple bell peppers placed bets on which team she would finally decide on, and awaited her answer with great impatience.

"I find it really difficult to decide", she thought, "as no team is made up only of talents". After giving it much thought, she appeared in front of the other bell peppers in the garden, plucked up the courage, and announced:

"All of your teams have talented players, but I love football so much that I cannot support one or the other. So as to let nobody down then, I will support the national team that is made up of only the best players!" 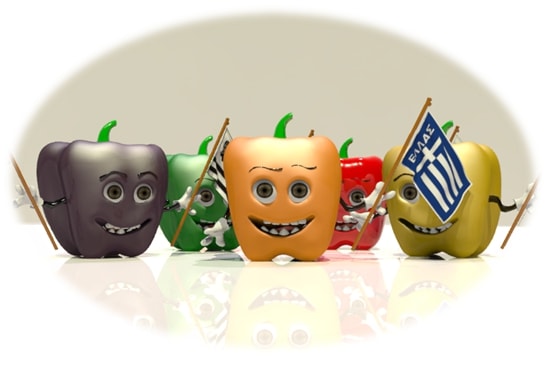 And so they were all happy, as the national team usually gathers the most talented players to be found, both in the local football leagues and from all over the world.