From Mykonos to Delos

ALICE USED TO SPEND COUNTLESS HOURS sitting on the rocks near the beach. There was something special about the specific place that drew her in. Maybe it was the smell of sea, or rather the sweet saltiness that left you with a taste of the Aegean in your mouth. Or maybe it was the soft sound of the waves crashing on the rocks that made her feel comfortable and want to go there all the time. She felt something that she could not explain, something both otherworldly and enchanting at the same time. Only one thing was sure: it was that spot that Alice had found as a safe refuge from the endless hustle and bustle of the rest of Mykonos. Had the tourists not discovered it yet? Was it that the place had been deemed unfit for swimming and she had never learned about it? It didn’t really matter. All that mattered was that she was alone, and the waves kept crashing on the rocks. She felt secure there, but above all, the energies of the place filled her with strength. 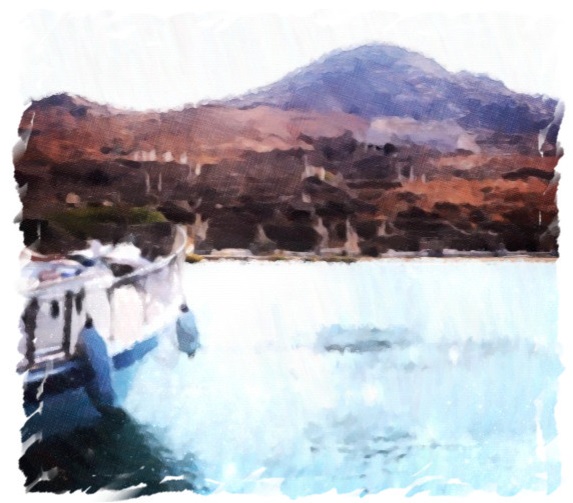 So it happened that day. She patiently waited for the others to go to the tavern, then locked her room’s door and exited through her balcony, taking as quiet steps as possible so as not to be heard. After making sure she would not have company, she climbed the balcony’s railings until she found her foot resting on solid rock below. As always, loyal Delos, the once busy and overcrowded yet sacred for the Ancient Religion island, waited for her patiently on the horizon. Alice knew that she wouldn’t get away from the tight control of her conservative stepfather like that, yet realized that whatever she said, he would not understand, or rather, pretend not to. She anyways never got into the trouble of explaining to him. She crossed her legs then turned her face towards the sacred island and concentrated. The moment was exactly the one she wanted: The Sun had passed above Mykonos and was slowly setting on the horizon. And as the soft wind caressed her hair, she closed her eyes and started meditating that she was in Delos, walking in the ancient ruins. Lots of memories, as if coming from some previous incarnation, invaded her imagination. The grass looked green, just like it was in the past, and the ruins had turned into magnificent works of architecture, filled with elaborate ornaments and ancient Greek sculptures, just as in the ancient days. She found herself walking in a community so rich, magical and cosmopolitan that could be compared to that of modern London or New York. So, she kept walking in the streets of the imaginary city, observing the strangers and taking notice of their colorful tunics and elaborate hair styles.

When at some point she lifted her eyes on the horizon, she saw a huge crowd that had gathered in front of an ancient temple. Just as she approached, she heard words that she found familiar, which, however, she had never heard before in her lifetime. As if having a life of their own, her lips started singing a tune that she soon realized was a hymn to the forgotten God of Light along with the procession. One after another the words strengthened in her mouth, and as she repeated them, she felt as if some irresistible force was building inside, filling her with a sacred mania that made her scream the hymn so loud that it could be heard to the ends of the Aegean sea. 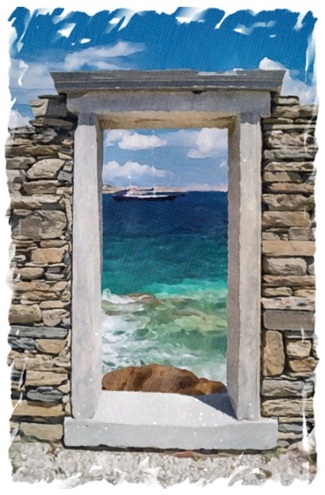 The loud voice of her stepfather then stopped her, who grabbed her by the shoulder and shook her forcefully to make her come to her senses and understand what was it that had gotten inside her.