“WHAT IF IT COMES BACK, MOM?”, little Helen curiously asked, holding her mother’s hand as she kissed her goodnight. She caressed her fingers with one hand and swiped away the tears that had flooded her rosy cheeks with the other. She then gave her a warm kiss on the cheeks, and told her: “Don’t be afraid, Jesus will watch over you”. 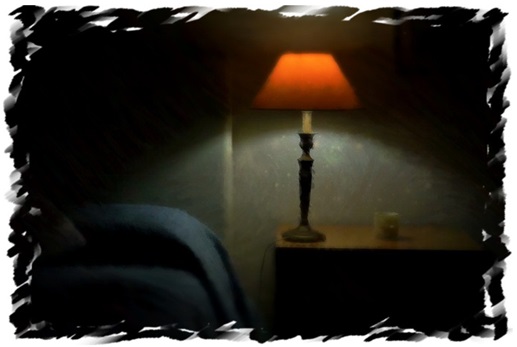 The lights went off. Helen looked at the ceiling and  then scanned the room with her eyes to make sure nobody was there to disturb her sleep. As soon as the external lights went off, she clenched her small golden cross with her soft fingers and reluctantly closed her eyes.

A cold presence could be felt silently tickling her closed eyelids. After a while, the same familiar sound, as if some snake was crawling in the room, disturbed her sleep. Helen opened her eyes only to be met with the darkness in the room. After trying to move them, however, so as to see “the spirit” as her grandmother had called it, she realized her whole body was paralyzed and frozen. Her hands, her fingers, her whole body simply stood there, and she could feel them, yet she was totally unable to move them. The ‘presence’ started crawling on her once more, starting from the bed’s bottom. A feeling of fear took over the young girl, and her heart beat fast. The closer the spirit got, the more she felt overwhelmed and unable to react.

The young girl then tried to speak, yet nothing would come out of her mouth. The ‘presence’ kept silently crawling over her body, until it was forced to look at the small golden cross the girl had tied around her neck. Unable to move her lips, the young girl thought of asking: “Who are you?”

“I am all the things you will denounce in order to grow up”, the cold and soulless presence replied. She then disappeared in front of her eyes, leaving her free to move her body. The young girl then burst into tears, waking everyone in the house.