“HE MUST HAVE GOTTEN TIRED OF ME AS WELL…”, he thought, then sat on the same table of the tavern they used to spend their nights for the past year. He then looked at his mobile phone’s screen, letting it fade out and hoping that Sakis would call him back. Yet the person he really wanted to hear from was Teta. After coming to terms with the fact that he would spend the night alone, he called the waiter and ordered a bottle of wine. 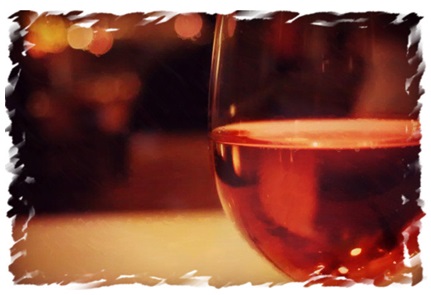 “Shall I only get one glass then?”, the waiter asked him. He just nodded in agreement, not even getting the trouble of explaining. As soon as the waiter let the bottle on the table, he grabbed it and started drinking, at the same time fantasizing about Teta. So great was the toll that her last words “I’m done with you!”, had taken on him, that he could still see her in front of his eyes repeating them, especially when he was drinking. At some point, he even reached out to touch her.

The only thing that could distract him from his silent monologue was a couple that was sitting on the next table. The man, dressed in formal attire and freshly shaven, had taken out a big folder with papers which he laid out on the table, showing them to the girl. She, on the other hand, with just a red jacket to protect her and scruffy hair, seemed to be ignoring him and only drink to forget. They both froze when they saw him reaching out to touch the empty space in front of his table. He, on the other hand, gave them a clumsy smile and retreated to his chair, then concentrated on the glass of wine that was in front of him. They kept speaking with a low voice, as if trying to avoid catching the attention of others. He couldn’t hear a word of what they said. Yet he managed to overhear the most important one: a tear seemed to flow from the girl’s eye as the man uttered “c h e a t i n g”.

He couldn’t help then but stare at the man in formal attire. A thousand thoughts flooded his mind that was already heavy from drinking. And what about Teta? Had she perhaps also cheated on him? Was she yet another girl that passed from his life and left him as soon as she found someone better? She never told him the reason for dumping him, yet only announced to him: “I’m done with you!”. These words were haunting his dreams ever since.

As the man in formal attire kept speaking non – stop, he couldn’t help but imagine the worst. Until one moment, the worst came: the girl broke down and started crying in front of him. She caught her face with both her hands as her face flooded with tears, which went all the way down till her palms, watering her wrists and the tablecloth. The man, on the other hand, kept shooting his arrows at her with no sign of remorse: he packed his papers, placed them on his folder which he shut hurriedly, then stood up and left. As soon as she saw him get up, she jumped from the chair and ran after him.

Unable to move his two feet, he reached out again with his hand and shouted at them: “Don’t leave her boy! Can’t you see she’s crying?”