HE WAS VERY TROUBLED BY THE SIGHT OF YELLOW FLOWERS waiting for him at his doorstep. Giving it little thought, he gathered them and took them inside. But just before placing them on the vase, however, he took notice of a card that contained only two mysterious words: “Igor Yusekevich”. Ever since that time, his curiosity was so great that he couldn’t stomach it. How could it possibly be? A man that he had only met a week before, with whom they had shared very few personal moments – a coffee, a walk near the tower of Shanghai, as well as a professional dinner the last day – getting into the trouble of sending him something so unusual. And in any case, why would he send him the flowers to his door and not bring them by himself in the date they had set for lunch the same day? 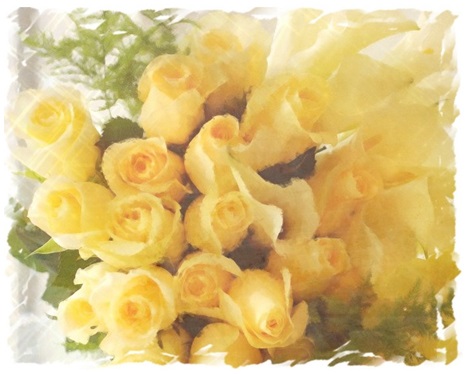 Could it be some custom he had no knowledge of? It was something unfamiliar to him, something he had not come across not even while travelling to distant Vladivostok, the nearest bastion of Russian civilization in the Far East. Maybe Igor wanted to send him some sign as to how their acquaintance had gone. Or was there something in his mind that he had not suspected the previous days they met? His thoughts wouldn’t let him relax. So, he took his phone and dialed Igor’s number, then hit the call button and waited. In vain, however, as the phone rang three, five and then ten times, until the answering machine’s voice could be heard on the other side of the line.

Loyal to their agreement for lunch that day, Hu departed from his apartment an hour earlier. Along the way, he found time to get some sleep inside the city’s metro line, just as most residents of Shanghai do, as they spend countless hours a day for transportation. He woke up just a minute before the metro station outside which the entrance to the restaurant “Hong Kong City” in which they had agreed to meet was to be found. Hu entered the elevator, then got out of it as soon as he was in the rooftop where the expensive venue was to be found. As the Russian guest was yet to show up, he simply called him again, only to hear the machine’s voice once more. Disappointed, and suspecting that his guest wouldn’t show up, he entered the restaurant and sat on the first table available. His hunger wouldn’t have let him wait much longer, anyways.

He then took the catalogue and examined all the fine dishes the expensive restaurant was offering. “The bill is on the company anyways…”, he thought, then ordered all that he could think of. As the dishes arrived and he devoured them one by one, all sorts of sounds and gases came out of his mouth. So great was his delight that he even let out a loud burp with each plate that he finished to show others how much he enjoyed his meal. The other customers, probably European or American in origin, felt discomfort until eventually one of them, dressed in format attire and probably around 60, approached him and kindly asked him to stop it. Hu then acted surprised and asked him for the reason. Showing his understanding for the special case, he explained to him that it is unkind to burp loudly in other places of the planet, even getting into the trouble of telling him  a story about the time he accidentally burped in front of a Russian friend of his and he terminated their friendship by… sending a bunch of yellow flowers to his doorstep.