“IT’S JUST A THREE-HOUR FLIGHT”, he thought, took a deep breath and started counting as the plane’s wheels touched the ground, covering his eyes with his right hand so as not to see outside. The airplane, on the other hand, certain for its steps, touched the airport’s asphalt and kept spinning its wheels till the arrival gate. Shortly after, an airhostess informed them that the flight was concluded and that the weather in Dusseldorf was very good, with just a few clouds and a warm sun above them. He hastily pulled the jacket’s zipper, then grabbed the handbag clumsily and placed himself in the queue for disembarkation. A taxi driver waited for him at the airport’s exit, carrying a big paperboard with the name “Herr Georgiou” written on it. 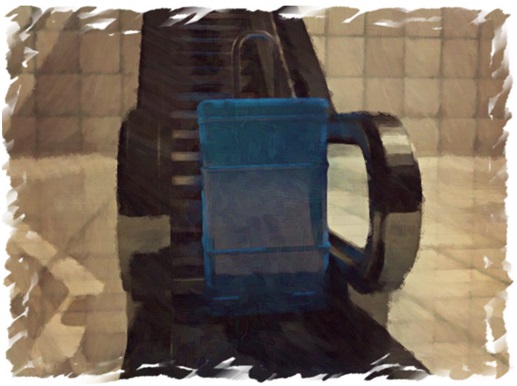 Living in a foreign land is no easy thing, and he knew that well. His mother did all she could to discourage him, and so did his father, yet in vain. He wanted a fresh start, ridden from the stress of Athens and as far away as possible from his previous employer and the hell of the economic depression that was looming over the country the last years. So, he decided to pack things and go, as many before him had done, and like many after him would do. He had planned his new beginning with every detail: he would be the one to move first and prepare the ground. Christine would follow, half a month later. Together they would live the dream. They would “lock” their love in the Rhine. With his mind heavy from all the thoughts, he simply put his bags on the taxi’s storage and departed.

Half an hour later and just a few kilometers outside Cologne, his new house waited for him. So tired was he from the flight that the only thing he wanted was a hot shower and a bed. He quickly took the key out of his pocket, placed it on the door’s lock and turned it. He then switched the lights on and dragged his handbag to the middle of the empty room, in which a ranch, a couch and a carpet were to be found. The rest of the furniture would come on time. For the time being, it was enough that the house had heating, windows and a couple of furniture on which he could get some rest. Without further ado he took his cell phone out and called his mother: “Mum, I’m alright, I just got into the house. It’s sunny here. I’ll take a shower now. Kiss you”.

He hastily opened the handbag’s zipper and took the toilet bag out as well as a couple of towers, digging through tons of clothes. He then let the hot water fill the bathtub and wash his trouble away. It even made him wonder, how a house in such a cold and sunless country, could possibly have hot water and a solar boiler. “I’ve made a very good choice”, he thought, “and the price was excellent”.

Rejuvenated, he got out of the bathtub, then started digging through the handbag again. He took a big coffee box out, sugar, as well as a shaker and a few spoons. “A cold frappe would be just about what I need right now”, he thought. He then placed all the ingredients in the shaker, and took out a big glass which he filled with the thick mixture. To finish his masterpiece, he even placed a straw and let the first taste of cold coffee fill his mouth.

“Because frappe is tasty even in Germany”, he thought and opened the window shutters to let light in. The sun’s rays filled the room with light, caressing his face and filling him with strength. He then thought of opening the glazed door’s shutters to go outside and enjoy the sun even more. Yet the very moment he opened them, so shocked was he that he felt like packing everything and going back home. 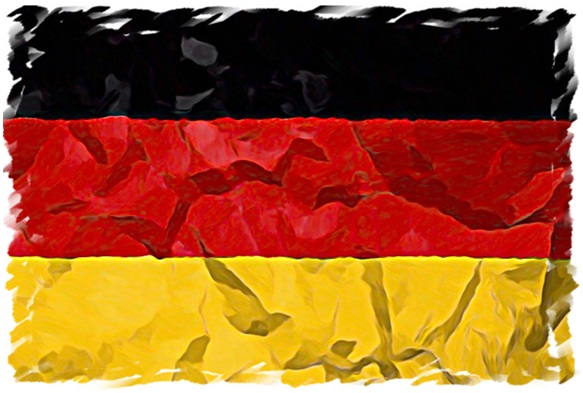 The balcony was very small, enough to fit only one small forgotten flowerpot. One could barely walk on it before hitting on the rail. Was it perhaps an architectural fault he had come across? He then examined the rest of the balconies in his sight and was left speechless as he realized that there was not a single building in the neighborhood with a balcony, only with windows, some of which were tall like his own. On the horizon, however, he could see the valley and the Rhine in all their glory.

He hastily took his phone out of his pocket and dialed the numbers one by one. Christine answered on the other side of the line, filled with curiosity. “My darling I’m ready to fall into a very deep depression. Our house doesn’t have a balcony”, he told her in despair. She, on the other hand, burst into laughter. “I can’t stand a minute longer in here…”, he added, closing the phone. He then drank another sip of cold coffee and started talking to himself.

“How could there possibly be a house without a balcony? Where do these people sit where they drink their cold coffee in this country?”