The Carafe that spilled milk

A CARAFE that once lived in a household was really reckless and had made a bad habit out of spilling milk on the floor or the tabletop every time someone asked her to serve him. "It’s just a little spilt milk, nothing to worry about...", she used to say to justify herself. She would then grab a mop and napkins to clean up, never to care about changing her ways or become more cautious. 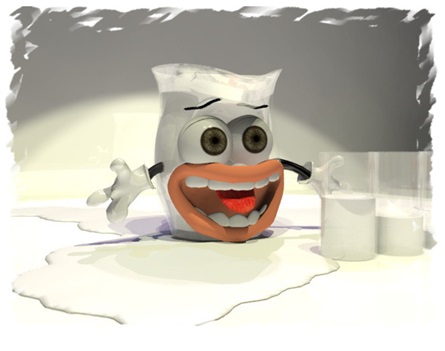 One day, the cookware thought of giving her a lesson. "Let’s act like something really terrible has happened next time she spills the milk in front of us", the jam jar suggested. The cookware then formulated a plan and agreed that next time, they would all keep crying until she finally served them right.

So it happened. The carafe first served the teapot, but, as always, she spilled half the milk on the tabletop. "What a terrible disaster!", the teapot cried. "We could have served another ten cups of tea with all the milk that went down the drain!", she added and then burst into tears. "I am... sorry!", the carafe replied and moved on to the next one.

The second to be served was the jam jar. Again, the carafe spilled half the milk outside. "We 're doomed!", cried the jar, adding "as with all the spilled milk we could have accompanied another twenty slices of bread with jam!". Just like the teacup, it then burst into tears. "I'm really sorry...!", the carafe replied again and moved on.

Third one to be served was the coffee pot. "This is a real catastrophe, as with the wasted milk we could have served thirty cups of coffee!", said the pot, then pretended to be crying over the spilt milk. For a third time, the carafe excused herself and moved on.

One after the other, the cookware that she served pretended to be crying over the milk she kept spilling. In the end, there was no single cup or spoon that was not crying.

"Well, calm down!", the carafe told them, justifying herself with those words: "You know what they say in England, it's no use crying over spilt milk!".

"It's no use spilling the milk every time and keeping on apologizing, never to correct your mistake, either!", they all told her, and she went red with shame. "You're right...!", she replied, then stared at all the milk she had spilled on the tabletop out of her carelessness.

From that day, and after cleaning up the mess she had caused, she learned her lesson and decided to be more cautious. 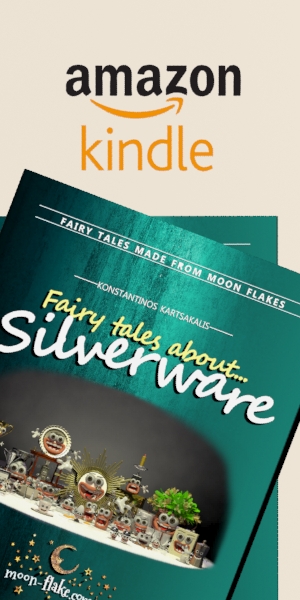