The console that became a cook

A CONSOLE that once lived in a music studio was very proud of her talent in mixing songs. So skilled was she even in what she did, that she could mix any melody they gave her, always producing a sound that was special and beautiful. 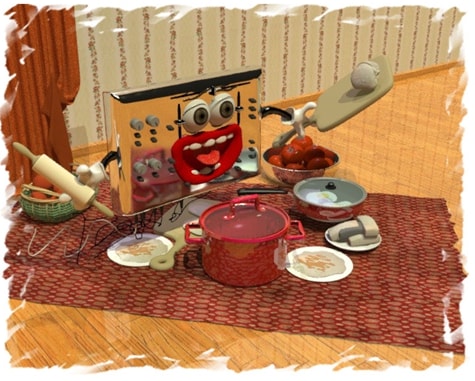 One day, she decided to get into cooking. “I’m so talented mixing sounds, that I should have no trouble mixing ingredients”, she told the other electronic equipment in the studio: microphones, spotlights, speakers and amplifiers. They burst into laughter to hear her and patiently waited for the time to come for her to serve them.

Yet, she wouldn’t blink an eye: she went out to the market to buy ingredients. After emptying the shelves of the supermarket, she came back home carrying ten big bags filled with supplies. She also bought kettles, pots, pans, and every other cooking tool she thought useful. The only thing she didn’t think of buying was a recipe book.

As soon as she was back in the studio, she locked herself in the kitchen and placed the cookware and the ingredients on the bench. “Let’s make… pastitsio!”, she exclaimed and started with the cream sauce. She took a big pot and threw in it whatever she felt fit: butter, eggs, nutmeg, salt, paper and lots of milk. She, then, let the mix to boil and grabbed another pot in which she threw pasta.

Certain for her talent, she started preparing the beef mince. She took a frying pan, placed the mince on it, and poured abundant olive oil. So absorbed was she in what she was doing that she didn’t even notice it when the other electronic supplies peeped through the half-open kitchen door to see how she was doing.

“It’s going to be a masterpiece!”, the console exclaimed, then let everything boil and went to find the others. Curious as they got, they asked her: “Where did you find the recipe for Pastitsio?”

“No need for a recipe when you’re a natural talent!”, she replied and went back to her kitchen, only to find out that everything had gone wrong: the pasta was stuck in the walls of the pot and the mince was hopping in the frying pan. When she checked the sauce in the pot, the mix got so pumped up that it started spilling all over the walls. “Maybe it’s best if we ordered something for today!”, the other electronic supplies exclaimed, then burst into laughter. Filled with cream splatters, the console admitted she had goofed up.

To make up, she made sandwiches for the other electric devices, as well as scrambled eggs. To thank her, they, in turn, gave her a recipe book, filled with step – by – step instructions on how to cook the most demanding dishes.

Rumor has it, that many years later, and after following the steps in the book, she became such a great cook that she even earned a prize in a global cooking contest. 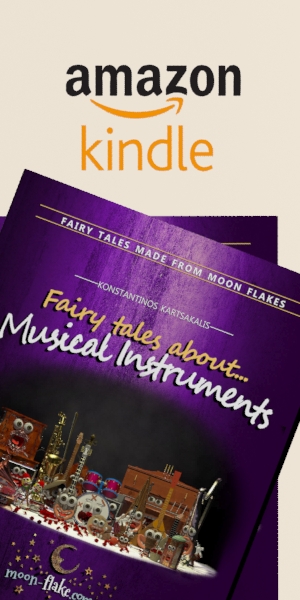