The baglama that couldn’t reach the basket

A TINY BAGLAMA was once let down that he couldn’t reach the basketball net. “Why couldn’t I be tall like the other musical instruments?”, he kept saying, and felt sorry for his height. The other musical instruments in the school, however, clarinets, violins and pianos, on one hand accepted to play basketball with him, yet took advantage of him and stole the ball from his hands on the other. 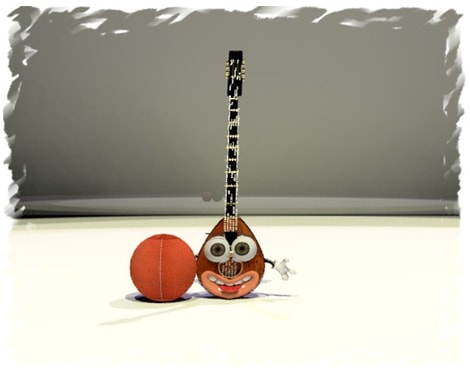 Things got really bad one day, when the trumpet stole the ball from his hands and scored a three pointer. “It’s not the height that matters, but the technique”, she told him then placed the ball on her horn and blew it with such strength that she sent it right into the basketball net. “You’re a cheater!”, the baglama told her, yet the other musical instruments that were watching them applauded the trumpet. Everyone, except the baglama, who simply sat on the bench in silence. Disappointed he couldn’t reach the net, he started crying.

“They are making fun of me…”, the baglama kept whispering as it was getting darker and he was left alone in the basketball court. “They know I can’t reach the net and they are taking advantage of it”, he added.

A wise owl then heard his cry, flew right in front of him and told him: “Then get yourself a pair of wings and reach it!”.

“How could this possibly happen, my fair owl, when I can’t even reach half a meter with my arms stretched?”, the baglama replied.

“How about getting yourself a ladder then?”, the owl replied, then flew away to get one, which she placed right in front of the basketball board. As soon as the baglama saw it, he picked the ball up, climbed the ladder and scored an easy two pointer.

“It’s pointless…”, he murmured with disappointment. No sooner had he finished his phrase and the steps of the ladder broke, leaving only the two big poles from which the baglama hanged to save himself. “Where did you get those… stilts!”, the owl, who was flying right over him, exclaimed with amazement. The baglama was very scared at first, trying to think of ways to keep his balance. Yet, every time, it looked as if he would fall, the owl flew to his aid and restored the stilts. After a while, he mastered them and managed to keep his balance better than a professional would. Our good baglama became so skilled at it that eventually nothing could stop him from scoring. 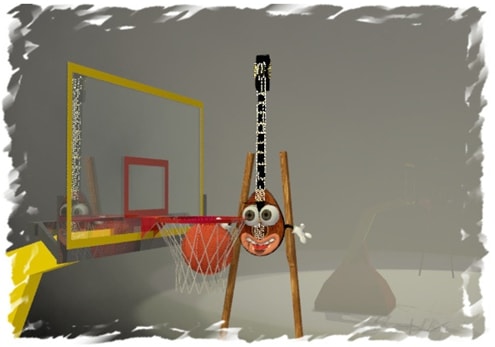 “The baglama is using… stilts!”, the other musical instruments exclaimed the next day they saw him, bursting into laughter. As soon as he scored the first points, however, their laughter stopped. He did so well that they found it unfair.

“Using stilts is like cheating… it’s not nice for us”, the other musical instruments told the baglama as soon as their game was over. “You’re right, I won’t do it again”, the baglama replied, then threw the stilts away and shot three pointers from a distance instead. So great was his progress, that he didn’t lose a single shot. As soon as the other musical instruments realized what had happened, they immediately apologized for making fun of him all this time and asked him to teach them how to score like him.

Rumor has it that many years later our good baglama became a professional NBA player.