Marriage Proposal in a Circus

“I DON’T WANT TO SEE YOU EVER AGAIN”, were her last words. She then shut the wagon’s door and switched the lights off so he wouldn’t disturb her again. Embittered by the fight, poor John simply sat outside and cried. He then smudged the white dye that was covering his face with his left hand and gave out a loud sigh, as if trying to get away with being a clown all his life. With his right hand, he reached for his trousers’ pockets, in which a gold ring was to be found. 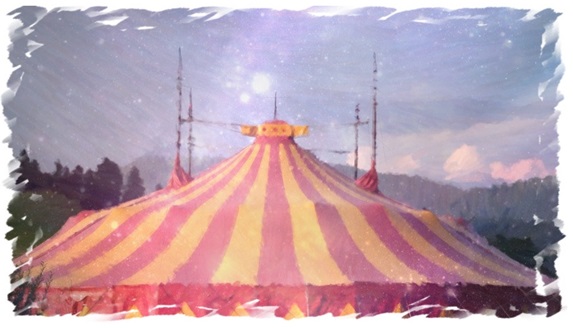 He spent another half hour staring at the ring and clenching it with his fist, as if trying to resign from the idea that he had screwed things up and that his big dream of marrying Christine would remain unrealized for a lifetime. Many hours later, he stood up and went to his wagon where he washed away the dye from his face and fell on the bed to get some sleep, only to keep tossing and turning until twelve. “What’s wrong with you John?”, Robert’s voice from the bed next to him could be heard, inviting him to a life changing conversation that would last three hours.

The next day, Christine didn’t even exchange a look with him. Had she really forgotten about him? Was it that she no longer felt the need to greet him? It mattered little. He had come up with his plan, which he was about to execute to the last detail. After all these endless hours of tossing and turning in his bed, he had envisioned every detail about how to bypass her resistances and how to make her realize all his manly values that were overlooked thanks to the funny clown costume he was wearing all the time and the white dye in his face.

Time passed. People started flocking to the circus. John went to his wagon to wear his clown uniform. Tickets were sold one after another, and the seats were getting crowded. After adding one final touch of white dye, John hastily grabbed his wig and red nose and ran to the stage. As soon as he finished his performance, he took a bow and stood next to one of the two ladders that were to be used by the acrobats.

Christine then reached for the ladder in her side. From the other side of the stage, Robert approached John and gave him an encouraging pat on the back, as if they were exchanging positions. Much to everyone’s amazement, John got on the ladder and positioned himself right opposite Christine, on the other side of the cable, and the crowed seemed to be surprised with this unexpected move. Christine, on the other hand, wasn’t moved at all. 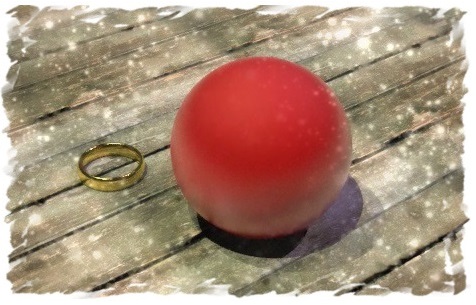 Then they both advanced with small, slow steps of acrobatics on the wire. Just as it seemed John was about to lose his step, he found it again. When he met with Christine half way through, he smudged the white dye covering his face, then threw the red nose and the wig away. Using his right hand he reached for his pocket, where the gold ring was to be found, which he took out and offered to Christine after taking a bow before her surprised eyes. Right there, and as they were both standing in front of the amazed crowd, he proposed to her, using the words: “I want you to be my wife”.

“I do…”, was her answer, tears flooding her eyes.