Infinity and the calculator

A calculator that once lived in a classroom was very arrogant about his skills. “I can calculate everything with incredible precision”, he used to say to the other school supplies, displaying his mastery of addition, subtraction, multiplication and division in every possible opportunity. The other school supplies were so impressed with his skills that they had come to believe he possessed very rare talent. 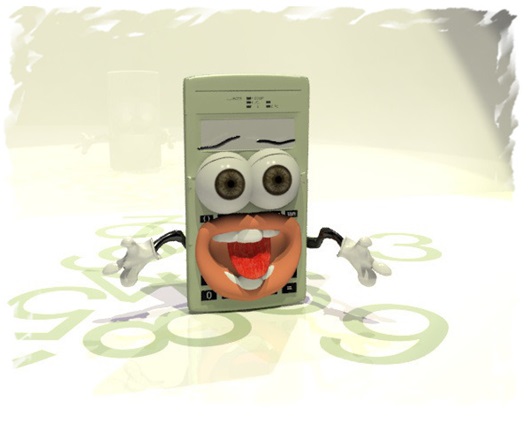 So much pride did he take in his skills, that one day he thought of setting up his own classroom so as to teach the other school supplies, who got excited with the idea. “What do we learn today?”, they asked, each and every one of them bringing along a difficult calculation for him to compute. And everything went truly fine, with the calculator solving every difficult math problem, until the abacus’ turn came.

“Can you divide 1 by 3?”, he asked the calculator. After thinking about it for a while, he started writing the answer in the blackboard. As soon as he had drawn exactly ten digits, he stopped and stared at what he had written. “Excuse me… I’ve run out of digits”, he justified himself.

The second day, the protractor asked him to calculate the magic number of “Pi”, which had troubled countless scientists in the past. “I know the answer”, our good calculator replied and drew a circle, in the interior of which he drew a line passing straight through its circle and all the way to the circle’s edges. After writing done a number of strange equations he calculated the great number, writing down exactly ten digits on the whiteboard. “I’m sorry… I think I’ve run out of digits again”, he said once again, staring at the number he had written.

When the third day came, the rubber band asked him: “Can you calculate infinity?”. Our good calculator got shocked to hear it. As soon as he contemplated on the idea, he realized that he would need so many digits that there was no chance of him making it. He even went red with shame, and after apologizing to the school supplies, went straight to his room and started searching in books on how he could ever possibly calculate such a thing. In vain, however, as the answer was nowhere to be found. When at some point he gave up, he went outside to have a walk and breathe fresh air in. Underway he find an owl and thought of asking her: “My good owl, I thought I could calculate everything with great precision, but it seems there are numbers so big that I can’t even conceive them”.

“We’re just a fraction of the things we know to those we think we know”, the owl told him, and the calculator got really puzzled to hear her answer. No sooner had he realized what she had just said, than she gave him the following piece of advice: “Don’t feel bad for what you can’t do, but only for those you arrogantly claimed you could”. She then flew away leaving him to contemplate on her words.

And so our good calculator went back home, from that day on stopped believing he could calculate everything.