EVERYTHING WENT FINE AT THE “THE BEDDING” of Dimitris and Alexia. Just as the custom demanded, Alexia wasn’t there. Instead, all her friends were there: Alkmene, Teta and Georgia so as to prepare the bed for the ceremony. According to the custom, when the wife’s dowry was to be moved to the groom’s house, all the girls, mainly the unmarried and virgin ones, would make the bed were the newlyweds would sleep as beautiful as possible so that everyone could come in and marvel at its splendor. The bride was the only one forbidden to be present, and would only get to see the bed after the wedding ceremony. 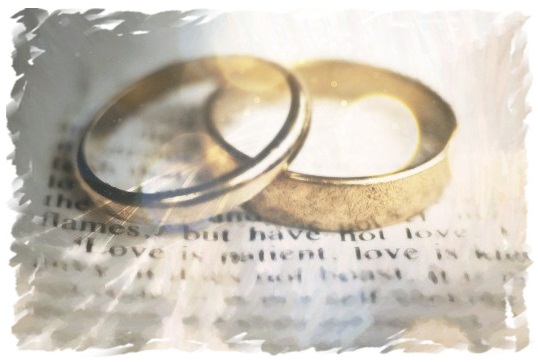 “They are definitely not married, but I can’t guarantee for the second requirement!”, Dimitris told Miltos on the phone. After a while, the door opened, and a plump young man with glasses and the first signs of baldness on his head opened the door. Yet for this special occasion, Miltos made sure to shave his head. He had even put on his best shirt, and made sure that the usual smell that accompanied his extra kilos was covered beneath the scent of an expensive perfume. Dimitris welcomed him, then introduced him to the girls.

“Girls, this is my good friend, Miltos”, he told them, further explaining that he would be the best man for the wedding, the man that would seal the success of their marriage. An unexpected shout was then heard from the end of the corridor: “It’s your turn now girls!”. It was Gianna, Dimitris’ aunt, who wanted to add with her way to her nephew’s scheme. The girls then stared at each other as if wondering what was going on, and exchanged smiles. They then introduced themselves to Miltos, first Teta and then Georgia. Last but not least was the best woman from the bride’s side, Alkmene, who was rather reluctant and avoidant of Miltos.

“She’ll be all over you after the wedding!”, Dimitris told Miltos as he closed the door once the special ceremony was over. “Are we or are we not best men?”

“I’m not very sure about it…”, Miltos told him rather reluctantly, not realizing which of the girls he meant.

“It’s the shy ones you should be afraid of. Alkmene was playing hard to get, yet she’s ready to fall. Don’t hesitate tomorrow”, he explained to him.

So it happened. The big day, and after the wedding, Miltos sat right beside Alkmene and Dimitris’ mother on the dinner table. Always shy, and after the shock of the wedding, he did what he had least imagined he would do: his words flowed out of his mouth with no resistance. The previously reluctant Alkmene also felt comfortable and reciprocated his interest. They now had something in common: they were both best man and woman to their best friends. The only thing that stopped the heat of their conversation was the splendid entry of the newlyweds.

Dimitris and Alexia danced romantically in front of the wedding table. A tear seemed to flow from Dimitris’ eyes, which were heavy with suspense and excitement. They kept dancing all night long, holding each other in their caress.

As soon as they were finished, the guests stood up from their tables and gave them a big round of applause. Then, as if on a cue, they turned towards the wedding table and shouted with one voice: “Not it’s our best man and woman’s turn!”.

Miltos was at a loss. He gave Alkmene a good look, then grabbed her hand reluctantly, as Dimitris’ mother nodded to him in agreement. And then everybody, even the DJ, told them to give it a go. And so, they went.