The hunter and the cunning fox

A WOLF AND A FOX once quarreled about the superiority of man. "No animal", claimed the wolf, "ever managed to get away from the man and his weapons". 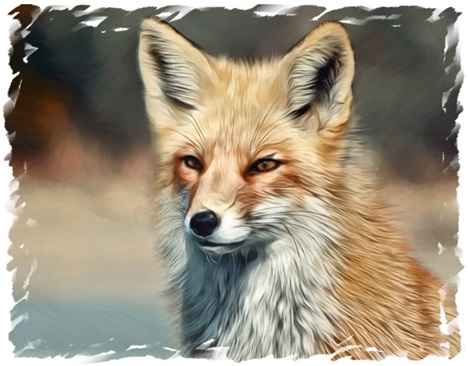 The cunning fox then said: "If I ever get to see a man, I'm sure that I will manage to escape him".

"Well, I can help you with this", said the wolf. "Come with me tomorrow early in the morning, and I will show you a man".

The fox woke up early, and together with the wolf they went to a road inside the woods which was frequented by a hunter.

An old man who was carrying a stick happened to pass by first, however. As his feet were weak, he was always complaining and whining about his fate. "Is this a man?", asked the fox. "Well, he was a man once, but he got old at some point", answered the wolf.

A small child then appeared, which was crying loud. "Is this a man perhaps?", asked the fox again. "No, this will become a man when he grows up and stops crying all the time".

When the hunter appeared, the wolf said: "This is the man, and you had best hide, because if he catches you by your tail, you'll end up a hat in his head!".

The wolf then hid inside a tree hollow. When the hunter saw the fox, he reached for his bow to wound her. After evading the incoming arrow, she ran as fast as she could towards the woods, and he also ran after her. Seeing that she was way too fast, he took out a gun and shot her, only to miss the target, however. They both ran for miles, and the wolf observed everything from a distance so as to remain unnoticed.

At some point, he lost sight of both. When he heard loud screams that sounded like a man, he thought the fox had ambushed the man and wounded him. After a while, however, she appeared in front him and told him:

"It was only out of cunning that I eventually managed to escape him. At some point, when he reached for his gun and shot at me, I thought of screaming like a man. First, I pretended to be the old man, and then the child".

"No sooner had I turned my back to see his face, than he was shivering with fear, thinking that he had wounded someone from his own race".